Ibogaine is a psychoactive indole alkaloid molecule in the oneirogen class of substances. Oneirogenic compounds are known to produce a rapid eye movement (REM) dream-like state, which can slightly differ from other traditional psychedelics due to its’ mechanism of action on brain waves.

Presently, the primary source of ibogaine, the West African shrub commonly called iboga (tabernanthe iboga), is critically threatened. Those most impacted by this are not Western clients, clinics, or providers — but Gabon’s local populations that have relied on this healing plant for thousands of years.

Ideally, a future ibogaine market will be well regulated. It will prioritize the sustainability of the plants that produce this medicine while balancing the rights of indigenous medicine stewards and patients seeking help — and it begins with providers of ibogaine therapy committing to source sustainable ibogaine.

Iboga sustainability is achievable and is being addressed by organizations that prioritize these crucial issues.

Some providers advocate for a shift in mental healthcare and ibogaine drug scheduling because a regulated and accessible market might eliminate the global demand for poached iboga. Reputable clinics and providers should be able to verify the source of ibogaine.

A clinic can confirm if their ibogaine hydrochloride is derived from the root bark of voacanga Africana, an alternative and abundant source, with legal documentation that proves country of origin, as well as lab documents and certificates that prove content, purity, and process.

Read on to learn more about some of the critical concerns surrounding sustainability and ibogaine.

Global demand for ibogaine has created a pipeline of poaching that has decimated the natural habitats of the iboga plant.

Collectively, the broader ibogaine therapy community is working to support and develop conservation programs and farms that will help ensure that iboga does not disappear. Still, illegal poaching continues to threaten the survival of this species in its natural habitats.

However, with a bit of discussion and intention, a lot can change. Here are three things to keep in mind about iboga sustainability.

In 2000 iboga was proclaimed a protected cultural heritage. In 2019 the Gabonese government banned all exports of iboga, and it was declared at risk of extinction. Iboga is protected under the United Nations Nagoya Protocol on Access and Benefit Sharing, which protects the iboga shrub and the wisdom and knowledge surrounding its use. Accessing poached iboga violates the Nagoya Protocol.

The iboga fruit is a staple among Gabon’s elephants and is often found growing along their forest trails. Gorillas, porcupines, and other animals also eat the fruit of the iboga shrub, and these animals face increasing threats from poaching and loss of habitat from development. The natural life cycle of iboga has likely been interrupted by the loss of animal life that used to help spread and plant seeds during their daily migrations.

It is common for those who trade in poached elephant ivory to trade poached iboga, selling plants uprooted from the wild through illegal markets. Sometimes that poached iboga ends up in the hands of unsuspecting people who are legitimately searching for life-saving medicine and have no intention of supporting poachers or buying from questionable online vendors.

The rise in global use has caused a tenfold increase in raw material price, which has further incentivized poaching. In an effort to increase the purchase weight and extend the payout of the precious medicine, iboga bark is sometimes replaced with other plant materials that can cause unwanted reactions like headaches or fever. If consumers purchase online, they have no means of guaranteeing the purity and safety of their purchase — let alone the sustainability of it.

Iboga is a medicinal staple for indigenous peoples who have traditionally lived in the area for tens of thousands of years. Some villages have recently begun planting for their future use, but limited access to secure land claims remains a significant concern.

As hunters and gatherers endemic to the forests of Gabon, various tribes have survived without the need for agriculture or industrial food production, relying on the food freely offered by the forest. In Gabon, where there is almost no food production, loss of forest equates to a loss of self-sufficiency, and the loss of iboga groves signifies even more significant problems.

While well-intentioned conservationists descend upon Gabon’s forests, forcing relocation to make room for agriculture or to create boundaries for National Parks, many forget that indigenous peoples are an inherent part of the ecosystem and have the right to remain in their ancestral homelands.

Iboga is a Sacrament

The Bwiti religion is more than an animistic spiritual discipline — it’s a diverse and blended cultural heritage that survived colonization.

Iboga is not the purpose of the belief system or even its center; it is a ritual sacrament used to access spiritual realms that heal and unite the community. Iboga ceremonies are rites of passages for younger people to become initiated into their tribe. It’s one part of a much larger wisdom tradition intended to nurture a right relationship with the Earth and community. While iboga might be used in small doses for a few illnesses, the primary reason it is used is to initiate new members, called banzis, into the tribe.

A Bwiti initiation varies among the groups who practice it, but for some, the initiation includes months of preparation and sometimes navigating the forest to find the sacred plant. If it is lost in its natural home, future generations will be impacted when practicing their traditional faith. The medicine is not in the molecule but in the culture, faith, and forests where the sacrament thrives.

Whereas Bwiti initiates can take a small bit of root to use in ceremony and allow the plant to continue living, poaching usually involves ripping up the entire plant from the ground. Not only is this unsustainable, but potentially disrespectful and can be interpreted as a violation of Bwiti teachings and religious rights.

The ancient groves are disappearing, and the sacred places are being poached unsustainably. Gabon is comprised of 80% forest, but Bwiti practitioners have to pay for iboga bark because they cannot harvest in traditional places. For the first time, people in Gabon are experiencing iboga shortages, and the Gabonese government has responded in hopes of curtailing illegal export.

Many Westerners who engage in ibogaine therapy make efforts to support the cultures whose sacrament helped offer to heal. Even if not engaging in a traditional Bwiti ritual, the gratitude one feels for the medicine can sometimes result in a profound respect for the traditional stewards of iboga.

Personal ideologies can quickly derail conversations that take place at the intersections of environmental sustainability and public health. In the field of plant medicine, some people arrive with ideologies that prioritize naturally occurring remedies — like iboga root — over synthetic medications that might be more sustainable.

Given the entourage effect of the synergistic compounds found in natural psychedelics, this personal preference is understandable — but might not currently be the most sustainable approach.

In the case of iboga, where overharvesting and poaching are the most immediate concern, there are, in fact, more sustainable semi-synthetic iboga alternatives, such as the voacanga Africana tree, which is prolific across many regions. This tree can also quickly grow in similar climates. Several ibogaine clinics worldwide are working to partner with regenerative farms that can cultivate and process this plant into a semi-synthetic medicine source.

The accurate dosing offered by manufactured ibogaine hydrochloride is preferable to unexact doses delivered in traditional ceremonies with iboga bark or root, especially for providers working with clients experiencing substance dependencies or other health risks. Some ibogaine clinics combine ibogaine HCl and Bwiti ritual, perhaps an ideal combination for those who prioritize a traditional container but would benefit from exact dosing due to known health risks.Now that researchers are developing ibogaine analogs in laboratories, the demand for poached iboga has the potential to decrease — but only if these synthetic analogs are made legally accessible and affordable by manufacturers and insurance programs.

Poaching of iboga does not happen without a market for ibogaine. The rapid increase in ibogaine use among Westerners has disrupted areas where traditional keepers have stewarded iboga for millennia.

Beyond iboga poaching, deforestation is a critical concern in Gabon. Having just received significant funding from Norway to support forest regeneration programs, the Gabonese government is also implementing a national strategy to develop an ethical market for iboga therapy, and subsequently, for ibogaine derived from iboga. With support from participants and ibogaine clinics, the Western world could work together to help support the emergence of an ethical marketplace.

A regulated market could help ensure global demand is met, poaching is halted, and regenerative iboga farms are developed in a reciprocal relationship with traditional iboga stewards. Fair Trade and ethically sourced iboga could be an empowering market for the Gabonese people, and its future guaranteed for all coming generations of Bwiti initiates.

Gabon is the home of sacred healing medicines and also research universities. Ibogaine was isolated while Gabon was under French colonial interference, and while Gabon achieved independence in 1960, some aspects of colonialism remain — namely biopiracy, also known as scientific colonialism.

One way of addressing this issue is by committing to working with ibogaine clinics and providers that participate in iboga conservation programs or to support locally owned, regenerative iboga farms in Gabon.

Another option is for researchers and pharmaceutical companies to work cooperatively with Gabonese scientists and Bwitists who steward this healing medicine. A sustainable future for iboga need not rely on conservation alone but can also look like Fair-Trade, cooperative relationships among ibogaine providers, and iboga farmers.

A final thought: It should be known that prohibitive drug policies that ban research and access to therapeutic ibogaine further impact the issue of sustainability and poaching. An ethical marketplace is possible but requires comprehensive reform of the U.S. and international drug laws and a willingness toward reciprocity from pharmaceutical research companies.

And it requires reciprocity from participants — here’s a link to plant an iboga tree in Gabon today. 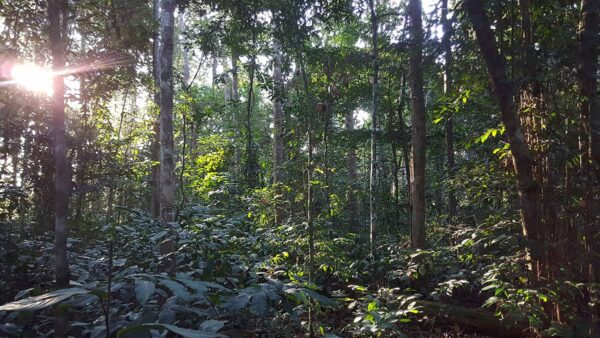