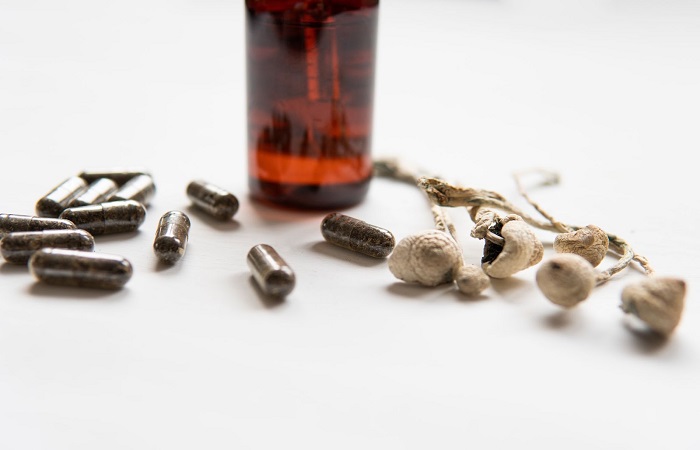 One only has to look at the Harvard Psilocybin Project, which took place from 1960 to 1962, to know that psychedelics have been studied in America to treat mental and emotional health for some time. However, as psychedelics fell out of fashion and the War on Drugs grew, prohibition largely replaced research. Now, 60 years after the Harvard Psilocybin Project, the world is seeing a resurgence in psychedelic mental health research. These substances, such as LSD, ketamine, and psilocybin, can step in when traditional treatment methods fall short.

There’s a reason scientists at Harvard have taken such an interest in psychedelics. As Western medical experts continue to explore the idea of psychedelics as medicine and are coming to the same conclusion that generations of Indigenous healers across the globe have long understood – that psychedelic substances can offer long-lasting, fast-acting and transformative healing. Online community Psychable is leading the way in expanding access to psychedelics, and is a trusted resource to connect those legally seeking or offering psychedelic-assisted therapy services in a supportive environment.

Below is information on some of the common conditions psychedelics can treat. For a more comprehensive guide to each medical condition and substance, and to connect with a practitioner near you, join the Psychable community.

The National Institute of Mental Health estimates that 7.1% of all U.S. adults will experience at least one major depressive episode in their lifetime. Unfortunately, research suggests that only 10-30% of people with depression experience results from traditional antidepressants such as SSRIs.

In 2019, a nasal spray called Spravato (esketamine) was approved for use by the Food and Drug Administration (FDA). Ketamine is currently the only FDA-approved psychedelic, although most of the depression research was done using generic (racemic) ketamine infusions. Unlike SSRIs, ketamine works quickly, in a matter of hours or days.

Ketamine is not the only psychedelic therapy that can treat depression. A 2020 study suggests that psilocybin, the psychedelic ingredient in magic mushrooms, can be used in conjunction with therapy to reduce depressive symptoms and anxiety.  Harvard writes, psilocybin seems “to be able to change brain activity in ways that radically shift our sense of self, reinforcing the original intuition that psychedelics may help reframe a person’s typical thought patterns.” Psychedelics may allow people with mood and anxiety disorders to hit an internal reset button of sorts.

Psilocybin also shows promise in treating substance use disorders. A study in 2016 found that psilocybin therapy combined with cognitive-behavioral therapy (CBT) for smoking cessation resulted in significantly higher six-month smoking abstinence rates than CBT alone or other medications could provide.

One of the most novel emerging treatments for opioid use disorder comes from ibogaine. Ibogaine is a potent hallucinogenic compound found in the root of the tabernath iboga plant, a shrub native to West-Central Africa.  A 2017 study found that ibogaine helped with opioid withdrawal symptoms and reduced drug use in participants who, like so many psychedelic patients, did not respond to other treatment methods.

The next FDA-approved psychedelic therapy is set to be MDMA for post-traumatic stress disorder (PTSD). PTSD occurs after a person experiences a traumatic event such as war, a natural disaster, or other violence and loss. According to the U.S. Department of Veteran Affairs, 8% of the U.S. population lives with PTSD, but not everyone responds to first lines of treatment such as SSRIs and talk therapy alone. MDMA is currently in phase 3 trials for PTSD and is expected to gain FDA approval by 2023. Ketamine is also used off-label through subanesthetic level infusions to treat PTSD.

Understandably, patients with a terminal diagnosis can experience PTSD, depression regarding their present state and future. This is often coupled and worsened with a physically painful disease. A compassionate approach to treating someone who has a life-threatening illness should include making sure they are as comfortable, happy, and healthy as possible.

A 2016 study found that one dose of psilocybin brought terminally ill cancer patients rapid relief from their mental and emotional pain. A dose of psilocybin increased the patients’ quality of life and the self-reported meaning of life while reducing anxiety. It also decreased anxiety surrounding the possibility of death. This optimism stayed with 80% of the patients for at least six months. As Harvard reports, similar effects were found in 2014 when terminally ill patients were given LSD.

Psychedelics fill a void, both for patients living with debilitating mental health conditions and in the mental health field. However, more research is needed, psychedelics are not a miracle cure, and legal barriers remain in the way of such science. Presently, all psychedelic medicine should be approached from a cautious standpoint. Psychedelic therapy should always be done under medical supervision, as there can be challenging experiences, various side effects, even potential abuse with some psychedelics. Institutions such as Harvard and growing networks like Psychable must be steadfast in responsible reporting and research so that this medicine can be safely brought to those who need it.